UCL Leaders 2021 is the 5th edition of the conference. Over the years we have facilitated connections and led the way in interdisciplinary debates over the future of Poland in a global world. Details regarding our previous editions can be found below. 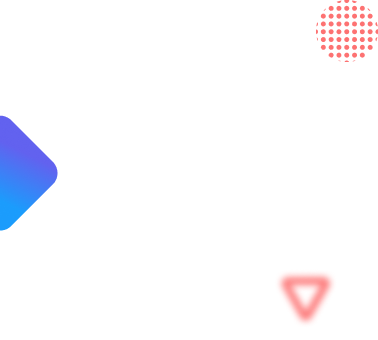 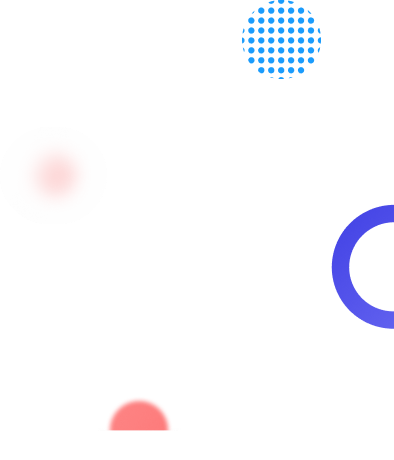 The fourth edition of UCL Leaders conference took place on 17 and 18 of January. This year’s conference was governed by two underling concepts: interdisciplinarity and sustainability. The event started with the Keynote talk on the position of Poland in European politics, moderated by our hon -ourable guests, founder of Polityka Insight, Wawrzyniec Smoczynski and Ambassador Jan Truszczynski, former Minister of State in the Ministry of Foreign Affairs. We then invited our audience to listen to experts Agata Gostynska Jakubowska, Jędrzej Malko, Beata Maciejewska and politician Ryszard Petru, discussing the effect of liberal democracy on the state of the economy during the Economics & Politics Panel. The debate was moderated by editor-in-chief of ‘Newsweek Polska’, Michal Kobosko. We introduced the Sustainability and Climate Change Panel, focusing on the question whether economic growth and environmental sustainability are mutually exclusive, with guest appearance of speakers Zbigniew Prokopowicz, Rafal Rudzki, Kamil Wyszkowski and Boleslaw Rok, moderated by polish journalist Stanislaw Skarżynski. During this year’s Science and Technology panel, in a conversation about the algorithms controlling our lives and entrusting our privacy with the machines, participated great experts Krzysztof Izdebski, Kira Kempinska and Katarzyna Anioł-Wielgus. The panel was moderated by Mariusz Herma, editor-in-chief of Fiszki Polityki. We also had the pleasure to host Filip Pągowski, Marta Najbert-Sykulska and Magdalena Lemańska, discussing design and fashion as a fusion of art and commerce during Arts & Culture Panel, moderated by Fashion Industry Expert Ula Wiszowata. We were honoured to introduce the Commissioner for Human Rights, Adam Bodnar, as our special event’s speaker. The main sponsor of this year’s edition was the largest e-commerce marketplace – Amazon and we were delighted to partner with notable institutions such as Polska Rada Biznesu, Polish Chambers of Commerce Abroad and Polonium Foundation. The media coverage was provided among others by Wirtualna Polska and money.pl. After the conference we invited our guests to take part in the violin concert and unforgettable ball at Kimpton Fitzroy London, followed by After Party.

In 2019 UCL LEADERS Poland in a Global World went to another level. The third edition of the conference was 2 days event taking place on 18 and 19 of January. We introduced a special Women Empowerment Panel with a key topic „Polish Female Leaders” with a guest appearance of modern female icons: Roksana Ciurysek-Gedir Vice-President of the Management Board at Bank PEKAO, Helena Chmielewska-Szlajfer Sociologist and a Visiting Fellow at London School of Economics and Political Science. The moderator of the conversation was a Polish business writer and entrepreneur Olga Kozierowska.

The economic panel moderated by a journalist Michał Kobosko and was focused on the question „Europe after Brexit. Are we able to stay united without the United Kingdom?”. In conversation took part experts: Jacek Olechowski the Vice-President of the Polish Business Roundtable, Agata Gostyńska-Jakubowska, a senior research fellow at the Centre for European Reform and Olga Grygier-Siddons from PwC. A photographer Chris Niedenthal, and film director Joanna Kos-Krauze joined Cultural panel discussing the theme „Culture as Poland’s soft power: how to build the country’s brand on the world stage of arts”. We returned with Sci-Tech panel conversation contemplating the issue of „Marketing and management in the digital age. How does technology give a new business an advantage over traditional enterprice? ” hosted by Tomasz Woźniak the Founder and CEO of Future Mind.

The main sponsor of 2019 LEADERS: Poland in a Global World become the largest e-commerce marketplace Amazon that decided to prepare a workshop for our participants. Another workshop was organised by our Silver Sponsor Boston Consulting Group. We proudly partnered again with Trans Atlantic Futures Leader Forum, Polska Rada Biznesu and Polish Chambers of Commerce Abroad. The media coverage was provided by media platforms Wirtualna Polska and money.pl. The UCL leaders 2018 returned to UCL’s Darvin Building and our guest could attend the exclusive ball in Ognisko Kensington.

After the spectacular success of the first UCL LEADERS conference, the second edition took place on 3rd of February 2018. To previous thematic panels formula, we decided to add special Keynote speech. This year we were honoured to guest Jan Krzysztof Bielecki, the former Prime minister of Poland as our Keynote Speaker. Also, we introduced a new Sci-Tech panel with the key topic „Development of polish companies in the era of robotics and artificial intelligence – today and tomorrow”. We were proud to guest experts including Michał Pękał a from docplanner.com, Jan Madey a professor of the University of Warsaw or Harry Gaskell the Chief Innovation Officer and Partner at EY UK. The cultural panel was focused on the theme „What does it mean to be Polish?”. In discussion took part, Dr Stanley Bill, a lecturer in Polish Studies at the University of Cambridge, Dominika Wielowieyska a Polish journalist at Gazeta Wyborcza and a Polish fashion designer Małgorzata Bac zyń ska. Lastly to combined Economy and Politics panel we were honoured to present fan tastic speakers: Iwona Kozera CSE Advisory Leader at EY, Dr Subacchi former director of international economics research at Chatham House and Andrzej Kensbok vice-president at Industrial Development Agency an expert at Fundacja Republikańska. We were extremely honoured that EY decided to be a strategic partner of UCL LEADERS for the second time. Besides, our Silver Partner become Accenture, Goldman Sachs and KGHM. We were partnered by brilliant institutions like Polska Rada Biznesu, Fundacja Republikańska and PLUG Polish Tech Link. The media coverage was provided among others by Forbes, Rzeczpospolita or Do Rzeczy. The conference took place in the space of UCL’s Institute of Child Health. After the conference took place for the first time, a spectacular ball in Ognisko Polskie in Kensington.

We launched our debut UCL Leaders Poland in Global World conference on 14th of January 2017. We introduced our idea of thematic panes focusing on Politics, Economy and Culture. The key topics of discussions were „The future of Europe after Brexit”, „New Silk Road and what impact it will have on the economy of Central and Eastern Europe” and „Impact of Polish culture in the process of globalization”. The panels featured our brilliant and influential guests. On the economic panel, among others we were honoured with the presence of current Prime Minister of Poland Mateusz Morawiecki, Bartłomiej Dmitruk is the Senior Country Officer of Haitong Bank in Poland, Adam Uszpolewicz is CEO of Aviva or Przemyslaw Gdański Vice President of the Management Board of mBank. For political discussion, we were proud to guest Arkady Rzegocki, Polish Ambassador in Great Britain, Marek Belka former Prime Minister, Finance Minister and Sports Minister of Poland and Lucyna Stańczak-Wuczyńska director of the EU banks, in the Financial Institutions Group at European Bank of Reconstruction. The Cultural panel graced: Polish art historian and critic Anda Rottenberg, Krzysztof Zanussi Polish theatre and film director and Jerzy Limon managing director of the Gdańsk Shakespeare Theatre. The panels were hosted by our fantastic moderators, journlist and media manager Marek Kobosko and Aleksandra Sakowska Research Associate at the Shakespeare Institute. Our strategic partner was EY Poland, we were proudly sponsored by ING BANK and partnered with mBank and AVIVA. Embassy of Poland in the United Kingdom took the honorary patronage over UCL LEADERS 2017. The conference took place in rooms of UCL’s Darvins Building and was ended with a spectacular cocktail party at Ognisko Polskie in Kensington.